Why Am I So Angry? A Manifesto.

Who could hate capitalism?

Capitalism ends in collapse, insanity, violence or (at best) chaos – e.g. 2000, 2008 – these were but two years when capitalism’s bubbles burst.  And in 2008, the world as we know it almost ended.  In 2008 there were literally closed door sessions where the U.S. government considered imposing martial law.  But then capitalism got yet another bailout.

In the wake of the objective failure of capitalism, we must imagine another way:

The simple fact is the failed system (of capitalism and private property) is collapsing before our eyes – under the very weight of insane bubbles and unjust deficits.  The truth is that capitalism no longer (if it ever did) provides objective wealth to anyone (except perhaps the billionaires that write its rules).

The fact is the exploitive, Greenspan (classical economics) model of DEBT=GROWTH that created an “illusion of prosperity” for 50 years, inflating one bubble while running up catastrophic, insolvent, time-bomb deficits has FAILED!

The fact is the decline of American capitalism began in 1974 (peak oil) and its collapse was assured with the $28 TRILLION “bailout” in 2008, when its true nature became obvious: socialism for the rich and capitalism (picking up the tab) for the rest of us.

Who among us isn’t sick to our guts of it?

What percentage would today choose mutual destruction over this miserable, fake, lying, sham, hypocrisy of an economy?  Over an economy that is more religion and lies than math?  Over America the Hideous: “America, America, it’s just a fucking dream, that won’t come true, for me or you, from sea to shining sea!”

Meanwhile, as total, final collapse nears, I must prepare: must carry a gun everywhere; must obtain a concealed weapon permit, just to walk my dog around the fucking block, to drive my brand new car from one town to the next on the interstate; must carry a gun to defend against violence; and if not violence then against theft; if not against theft then vandalism; if not against vandalism then to lash out (in my final, dying seconds) against the insane, mindless, traffic and capitalist-robot-debt-people-drivers threatening every single day of my miserable life.

This is my life now.  These are my daily attacks and slights: vandalism, law suits, perjured testimony, attacks and collisions at the end of my driveway, near-hit-and-run misses walking my dog…

Yes.  This has been my “reward” under capitalism.

And when I told my mom last Thanksgiving I was seriously considering purchasing a gun… imagine my amazement when she said “We are considering that too!”

So excuse me if I’m really very pissed off about this!  Excuse me if I cannot help but imagine less horrible economic realities that might not destroy my soul and my humanity as this one has.

Excuse me if I know implicitly that very soon there will be too many burst bubbles and catastrophic deficits for this failing system to withstand, to paper over – not with $28 TRILLION or $100 TRILLION.  This system barely withstood (and will never recover from) 2008.  Anyone with two eyes, two ears and a brain between them can see this is just the beginning!

So that is why I am so angry!  I played by the stupid fucking rules for 48 years.  I believed every lie.  I saved half a million dollars in cash and my wife and I own another half million, conservatively in real estate.  In forty-eight years I never lost one miserable, fucking nickel – not in the market collapses – not ever!  Yes.  I got pretty fucking good at the sick game called capitalism.  But in 2008 I realized it was all a lie.  I realized the USA is just the USSR, with a better PR firm.  That our system, like any based on evil, greed, exploitation and theft is nothing more than a glorified Ponzi scheme.  That Bernie Madoff is no different from the President of the United States of America or the president of Exxon Mobile.  That we “capitalists” are all just “salesmen” – for lies, hypocrisy and theft.

Now, I have no recourse but to attack this failure, its delusion and stupidity, relentlessly and without end, hoping against hope that others reason will yield to truth.  (But, when I’m honest with myself, I know that most already know the truth.  And just can’t or won’t admit it.  Can’t abandon the sad, sick, pathetic “Dream” America has become).

And it only makes me angrier. 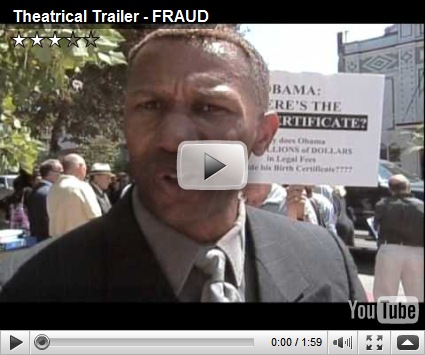